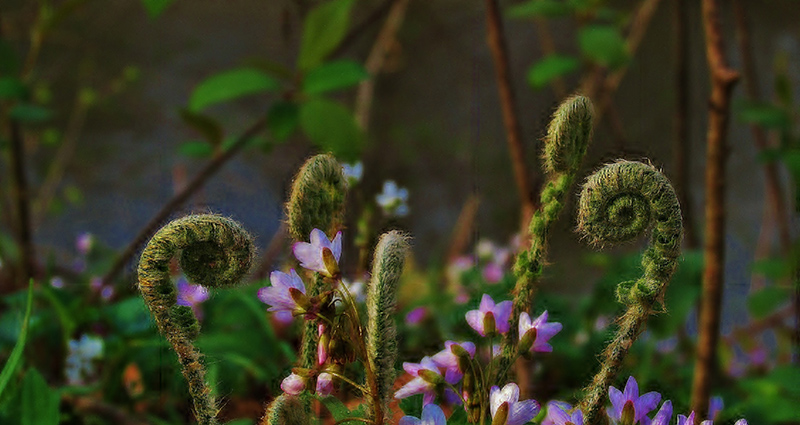 February marks a significant event in Victorians’ memories. The Black Saturday fires were not only catastrophic, they also opened up a vast cavern of lessons to be learned, many lessons that are unfortunately repeated from previous experiences.  What have we learned over the last ten years and what will we do about it in our communities as the anniversary approaches?

The research project ‘Long-Term Disaster Resilience’ identifies obstacles and pathways to individual and community resilience in disasters 1. There is no doubt that communities change after these events and it is important that other neighbouring communities learn from their experiences. Last year’s article from The Conversation observed that in communities recovering from disasters, social networks matter more than bottled water and batteries 2.

Tracie Lund, manager of Morwell Neighbourhood House was a vocal community advocate for people affected by the Hazelwood Mine fire in 2014. One of the lessons she discovered from that traumatic experience was that women can become accidental leaders in disaster events and need to acknowledge that potential in themselves. Women can also be limiters in the recognition of their ability to take action, being unsure if they will be accepted. Disasters are transformative events and preparedness for participation reduces delays in activating our intuitive intervention. Our Firefoxes colleagues 3 in the Kinglake Ranges were asked to provide a few highlights of the lessons they have learned from their Black Saturday experience and are sharing with the Dandenong Ranges communities so that we can collectively benefit from that important knowledge.

We are grateful to our Firefoxes colleagues, Michelle Dunscombe and Kate Riddell of Kinglake for providing their experienced responses.

What are the most important lessons you have learned that you would like to pass on to the Dandenong Ranges regarding preparing for disasters and coping with traumatic events?

At the time of Black Saturday, we were caught under-
prepared, had limited communication and didn’t really know what would assist our town to recover. The bushfires raised a large number of leadership issues. Agencies had never responded in a combined effort of this magnitude and complexity. There was ‘behind the scenes’ political manoeuvring that the public will never be privy to which had far reaching implications in the lives of thousands of people.

There has been huge growth in the area of emergency response and recovery since 2009, valuable lessons learnt, research completed, necessary documentation and implementation of systems and processes and much more.

One leadership question to emerge from our experience is: ‘How can we better work with communities to prepare for and respond to disasters?”

Here are our Top 3 Lessons:

Conduct regular community forums with emergency services, local groups and residents to learn from each other

2. Have an emergency plan – for your household and for your community

Know what your family and community are going to do to prepare for an emergency, during the event and what will happen during recovery

3. Work together and be kind to each other

It can be easy for us to experience anger and frustration, which makes it so important to be respectful of each other and work collaboratively when preparing for an event.

What advice would you give in working with the government before, during and after a disaster?

Without a doubt we need to ensure that before and after an emergency, the planning and recovery is community driven, inclusive and transparent. Communities need to be part in any planning processes undertaken by local government in developing Municipal Emergency Management and Recovery Plans – why produce plans in isolation of the residents who will be/are affected? It doesn’t make sense. During an event we need to ensure that government, emergency services and the local community work together, share information and meet at the table as equals.

There is no denying that communities require assistance to plan for a disaster and in recovery. Local government, Emergency Management Victoria and local (place-based) organisations require adequate training and funding to support strong community engagement to plan for local disasters.

After a natural disaster, aid agencies and government departments are usually the first to step in. Ironically, in their sincere effort to help the community, many do a disservice. Their offices are typically located far from the disaster zone and open limited hours. Government processes are often slow and rarely transparent. Staff change frequently with inadequate filtering down of recently established practices. Governments have a top-down approach meaning access to decision makers requires an exorbitant amount of form filling out and going through ‘gatekeepers’ who speak a specialised (often inaccessible) language!

Governments impose their own agenda which distracts the community from its priorities. They don’t sufficiently value the time and contributions of the individuals who do get involved, rendering them less likely to participate in the future. Whether it is before, during or after a disaster, there is a tendency to ‘do to’ rather than ‘do with’.

With these things in mind, we must ask ‘How can communities be empowered to reach their participatory potential and their voices be heard authentically, before, during and after a disaster event’?

Government can’t address all of the needs of a community in isolation (especially a traumatised one). Governments are better served recognizing that their communities have untapped resources as well as unmet needs. Design Institute for Emergency Relief Systems (DIERS) reflects, “Building true partnerships between government and community isn’t easy. Before they can empower the community, agencies must first cease the harm that they inflict on the community and begin removing their own obstacles to engagement”.

Local residents who understand local needs often have more creative, holistic and appropriate solutions. By empowering and partnering with communities, Governments not only address their own resource-based shortfalls, but also (through partnerships) better address increasingly complex, newly emerging social and environmental issues.

What is the important role that women can and do play in disaster events?

In the months after the fires, the women in our community exhibited exceptional strength and resilience, keeping families together, supporting communities and advocating for resources. So much good was happening and women certainly led the way. Supporting women to step up into leadership roles is extremely important from our local emergency services through to local government Municipal Emergency Management Planning Committees.

We formed a group called Firefoxes which aimed to encourage disaster affected women to create a ‘new normal’ and realise their dreams. Firefoxes met regularly for meals, special events and time away. We skied, rode horses, cooked, went to the theatre, listened to guest speakers, ran leadership retreats, indulged in chocolate therapy and much more. Whilst every gathering was different, the messages around resilience, validity and connectedness were fundamentally the same. Together we laughed, shared, supported, indulged, reflected, listened, motivated, educated, empowered and inspired. We acknowledge and address the barriers to people, particularly women, participating in community activities and decision making. Minority voices are now more often heard and the community is richer for their input. In almost 10 years, we have worked with around 6000 members of disaster affected communities across Australia, resulting in improved mental health outcomes, reduced isolation, increased morale and positive networks.

Other women from fire affected communities were doing incredible things including being involved in developing a community leadership program to support development of community leaders to better cope with future events. Rivers and Ranges Community Leadership was born with a vision of “developing leadership to build resilient, connected and thriving communities.”

3. Firefoxes Australia is a group for women, which evolved following the Black Saturday Fires of 2009, and have shared their learnings in this article with our Dandenong Ranges fire risk communities.  info@firefoxes.org.au P.O. Box 310, Kinglake, Victoria, 3763