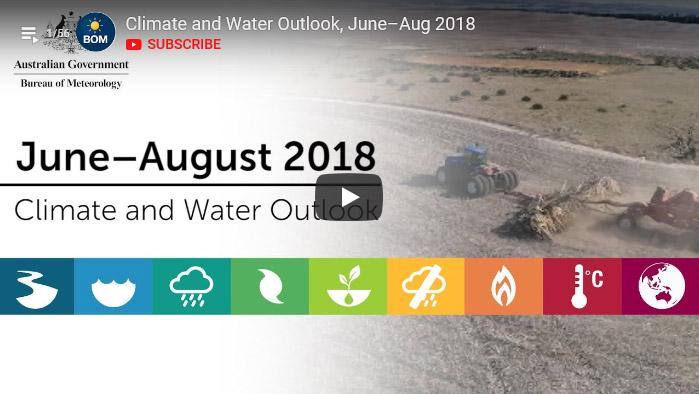 Climate outlook overview
For the winter outlook, issued 31 May 2018, the southeast mainland of Australia is likely to be drier than average.
June has high chances of being drier than average in the southeast mainland, and is also likely to be drier across much of central and western Australia, except the southwest.
Winter days and nights are likely to be warmer than average for most of Australia, except parts of the far north.
Broadscale climate drivers, such as the El Niño–Southern Oscillation and the Indian Ocean Dipole, are forecast to remain neutral during winter and thus have less influence on Australia’s climate.
Below average pressure over the Tasman Sea is likely to weaken the westerlies that bring rain to southern Australia. See the Climate Influences section for more information